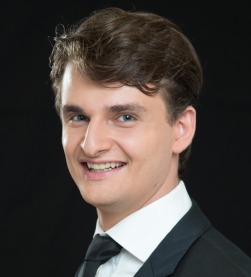 At the Sydney Eisteddfod, Joshua has twice been the recipient of the Ronald Dowd Memorial Prize and won the Opera and Arts Support Group Vocal Scholarship in 2018. He was also awarded the 2016/17 BBM Scholarship for Music and won the Joan Carden Award in 2017. Currently, Joshua is singing Tamino in Opera Australia’s schools production of The Magic Flute.