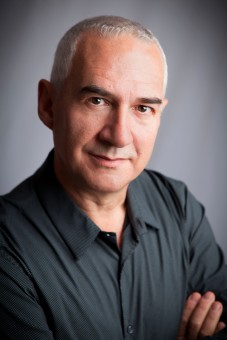 John Antoniou, studied at the N.S.W. Conservatorium of Music and began his professional career with the Australian Opera in 1981. After winning several singing competitions, John was able to study in Europe in 1984 and 1986. Between 1987 and 1991 John was engaged as a soloist with the Vienna Staatsoper. Upon returning to Australia he once again worked with Opera Australia until 2003. His prominent roles in Australia included, “Marcello” in La Boheme, “Zurga” in the Pearlfishers and “Valentin” in Faust. Since then John has worked as a freelance artist Australia wide and also in Japan, New Zealand and Singapore. John’s concert repertoire includes the Bass or Baritone solos in Faures Requiem, Carmina Burana (Orff), German Requiem (Brahms), St John Passion (Bach), The Bells (Rachmaninov) and recently with Strathfield Orchestra, Bach’s B minor Mass.